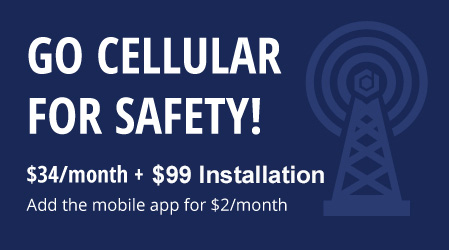 Old fashioned land-line monitoring continues to be a major concern for safety, and unfortunately many of our customers experienced this first hand in January. On January 19, 2016, AT&T had a major switch failure at their main central office which prevented most burglar alarms on land lines to properly route to our monitoring station, causing many customers’ keypads to display “fail to communicate” troubles.

We received calls for several days over the issue, but since it was caused by a failure of AT&T’s infrastructure, repairs were out of our hands. This problem did not solely affect AT&T customers since all land line signals need to pass through this switch to report, regardless of your home phone line provider.

AT&T notified us that the switch, which was installed in 1972, had failed and that they were not going to repair it since it is part of antiquated infrastructure that they are abandoning. In the end, it was only repaired when the FAA intervened because it also caused failures in communication between the New Orleans International Airport and the airport in Baton Rouge.

As of now, we believe our connection to be superior to what it was before and we have taken rapid measures to route alarms through a different path. Even with those controls in place, all land line service, whether it be older analog service or newer VOIP (voice over IP) digital lines, will experience decreased reliability moving forward.

In 2020, AT&T will discontinue all analog phone lines. This is a major change in phone line technology and many industries are scrambling to upgrade. We have been recommending to switch all burglar alarm and fire alarm systems to cellular monitoring for some time now. This recent occurrence only goes to prove how important it is to transition to cellular monitoring. The entire industry is making this change – from alarm dealers to monitoring stations and alarm manufacturers. 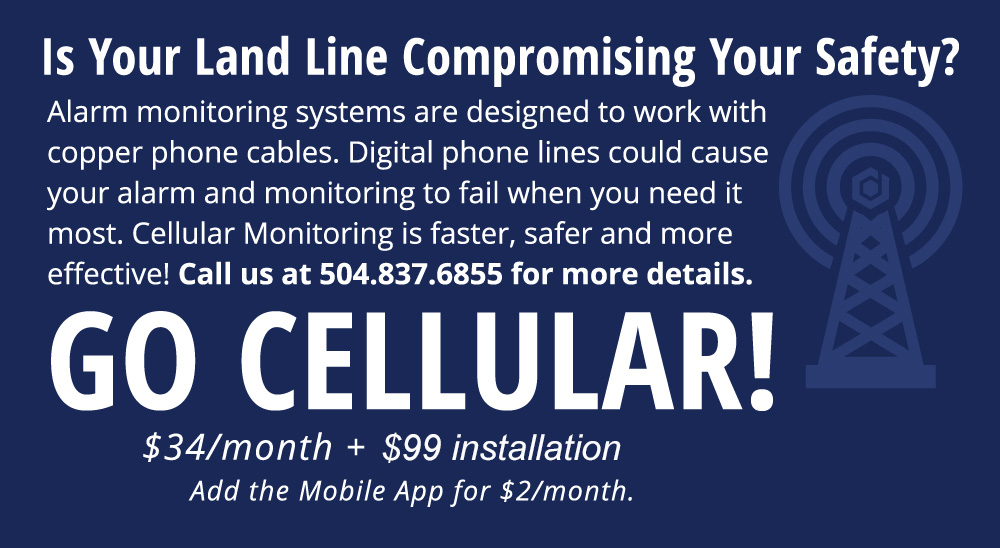